From eight to five

Five to eight to

You’re my strength to not relapse

I can’t handle her thoughts

She’s lost control… risking it all

She cannot keep this up

You mustn't let me go

I wasn't meant to fly

This was a unique song to create. I remember this baby got its start by doing practice in the studio on my keyboard. I wanted to test some beautiful-sounding piano techniques. I wanted to focus on trying to come up with sounds in an improvised way.

I came up with this really pretty but also, by itself, depressing as hell melody. That sound would be known as the “grand piano”.

Normally something like this wouldn’t develop into a song. But the nice thing about creating melodies (notes) yourself is that, unlike with sampled audio, you can change the instruments of what you created. I changed the device of the grand piano to different devices; different instruments. I was starting to settle on a lead synth sound.

I created the "Nectar Lead" by loading up a synth device only designed to play one note at a time (monophonic) for the (polyphonic) melody. But it sounded like shit. But that gave me the idea to create a device that should shift sounds, creating a funky, ate-up, wa-wa synth sound, which is how the Nectar Lead was born.

I then realized the song could use a light acoustic guitar to compliment the melody. I then went in and modified each of the melodies slightly to have their own personality. So that’s how one melody became three sounds (piano, synth, guitar).

Later, I created a pad from scratch that automatically shifts and plays music by itself (seen in this video). That pad is one of the most complex things I've created. I named it the "Iron Butterfly" pad as there’s a physical organ called an “Iron Butterfly” and that just sounds like a sexy name for somethin’. 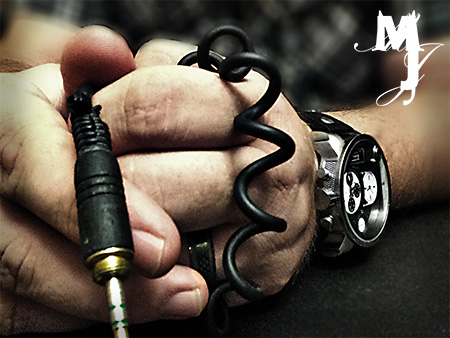 I knew I had a song on my hands. I then created the essence of the drums. A few months go by and, in researching for inspirations for another song, I believe it was Rebirth of Radiance, I happened to come across fate… “Well now it doesn’t sound churchy…” “The Iron Butterfly.” Perfect. That’s the perfect intro and outro for my song and also the perfect name.

So, all this talk and not one mention of the lyrics yet. Well, once I added in the intro and outro, just listening to the song for probably the… 10th time in a row one evening , I just… felt the entire idea of the song come together. I felt a story of pain and anguish hiding in the waveforms of the audio. I listened probably about ten more times while slowly writing the lyrics and meaning of the song. 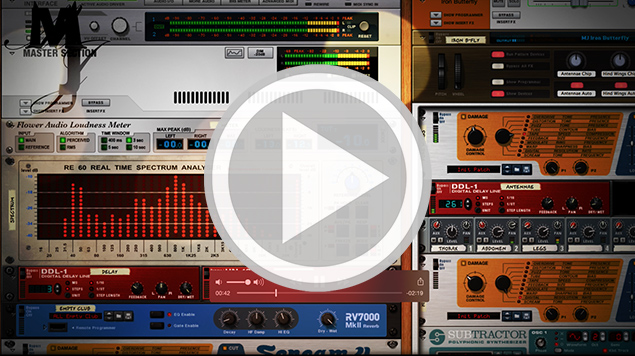