Of the seven songs on MIDI Controlled Addiction, I’d describe Pathway to Sarasota as the most uncharacteristic of my style as I needed to convey an exact feeling.

I decided to give Pathway to Sarasota its name and its idea based on a certain pathway I’d used to drive from Bradenton, Florida to Sarasota, Florida. It ain’t long, about a 20-30 minute journey. When I was going to be driving during sunset or anytime at night to Sarasota, I chose to drive this special way. The route that ended up taking me almost entirely through industrial-type areas. There weren’t really any homes around the pathway, just miles and miles of small mechanics, heavy machinery suppliers and the occasional junky used car lots.

The pathway is made up of two-lane roads. Try to navigate through it during the day and you’d be stuck going 20-30 mph behind some truck hauling junk car parts. People knew these roads were horrible to drive on. What they didn’t know was that, after 7 PM, no one has a reason to be on those roads. The roads are pitch black, empty, hardly any intersecting roads, zero cops, winding and has virtually no stop lights the entire distance between Bradenton and Sarasota. Being in a luxury sports car, I could easily navigate 80 mph on the pathway. It became routine to load up some drum & bass chill, open up the windows and sunroof and just cruise through the moonlight and occasional fog. 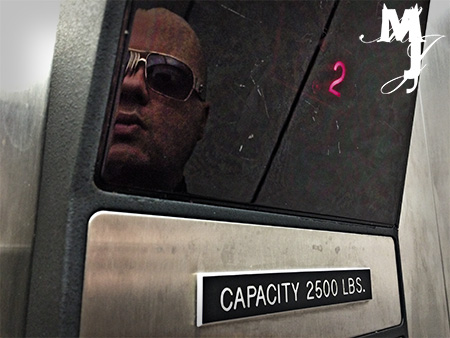 It should be pretty clear now what Pathway to Sarasota is about and where it got its name from. I wanted to take that experience and put it into song form. Sometimes, headed back at like 4 AM, I'd to put on some jazz, primarily my jazz night playlist. It seems to create an awesome vibe when the environment seems so cold and sterile. So I wanted to give the song an element of that jazz. A straight up drum & bass song true to its core but with the soul of the feeling I’d get listening to jazz on the pathway.

I think I accomplished the exact vibe and feeling I was wanting to convey. Every part of the song, from the sounds I recorded of my car to the drums, the pad, the vox’s, etc, it all had to be exactly the way it is to convey the feeling.

Next: Rebirth of Radiance