Rebirth of Radiance came together as just such a... soulful groove. I started with the idea of a 20-something beautiful black chick from the 60's or 70's. Long flowing dress, carefree, spiritual. Counterculture but conservative at the same time. I then imagined a 20-something chick like that living today; a rebirth of radiance.

That was my constant vibe I was strivin' for throughout the creation of Rebirth of Radiance.  Ya know, it's like... you can create sounds; melodies, beats, harmonies, all that shit. But sometimes, as a producer, you can create something that is technically skillful and correct musically but it won't have that... soul.

So I had in my mind the "rebirth of radiance" idea when creating the song. It helped immensely 'cuz I had a lot of good melodies and sounds in the song but they didn't jive with the idea so I ended up chucking them (a lot were donated to Department of Corrections). The song started coming together with the flute. I think that was the first piece of the song to come together.

I added other elements to the song slowly but what started really bringing the soul together was giving it a beach theme. I was born and raised on a real, actual island, but that wasn't why I went with the beach theme. I went with it because I was having trouble creating a 60's / 70's vibe. When I tried to focus on "beach", for some reason things started clicking together. So I gave it a beach "sound", but you're not intended to think or be reminded of "beach", you're just supposed to hear this song and think of whatever comes to your mind. I personally don't think "beach" when I hear the song, I think... sunshine, tall grass, gentle breeze, flowing clothing.

The personality of the song was achieved by using FXs in really creative ways. For example, the beach guitar has one of the most complicated FX setups I've ever done, triggering FXs on and off at different times; allowing FXs to modulate and freakulate other FXs for unexpected results. I think the FXs really give the song that vintage feel, which can be hard to recreate using modern music creation tools. 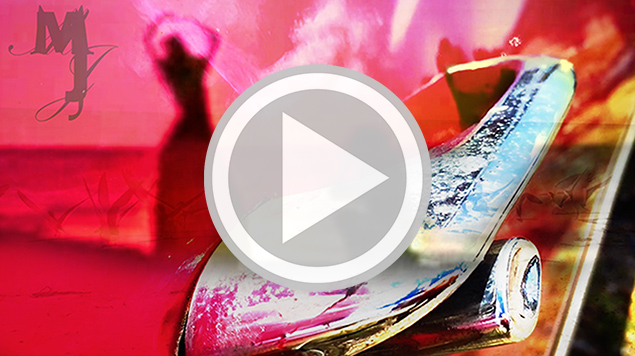 Next: Been So Lonely